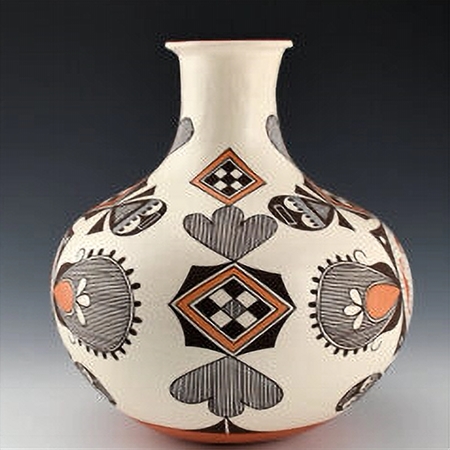 Robert Patricio (Acoma) is a son of Doris Patricio and the brother of Doug and Myron Patricio. His grandmother was Marie Z. Chino, and his aunt was Grace Chino. Robert is known for his traditionally built vessels and using traditional shapes and designs. He has won numerous awards for his pottery, including “Best of Pottery” at Santa Fe Indian Market in 2010. Each piece is coil built and painted with clay slips and bee-weed (black). Robert says he signs his pieces, “RM Patricio” for Robert Marcus Patricio.